Szilvia Szmuk-Tanenbaum, the director of the Manuscript Cookbooks Survey and a co-creator of this website, earned a PhD in Spanish literature at the Graduate Center, City University of New York but in fact had a career as a Special Collections librarian most of her life.  Her interests are bibliophilic and her publications have to do mostly with descriptive bibliographies of Spanish Golden Age plays.  The difficulties of finding manuscript cookbooks in libraries and historical societies have propelled her to create this website.  She is an active member of the Grolier Club. 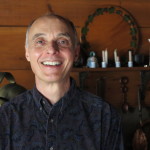 Stephen Schmidt, the principal researcher and writer for The Manuscript Cookbooks Survey and a co-creator of this website, has studied historical Anglo-American cooking for over twenty-five years and has published, spoken, and consulted extensively on the subject. He is the author of Master Recipes, a 940-page general-purpose cookbook, was a principal contributor to the 1997 and 2006 editions of Joy of Cooking, and was a frequent contributor to Cook’s Illustrated from 1992 through 1998. He also teaches cooking, tests and develops recipes, and consults on cookbook projects.

Bill Keogan, a member of the faculty of St. John’s University Library in New York, holds masters degrees in history and library science.  He has contributed material to reference works, written articles for journals, and penned numerous book reviews.  Bill has also served on the boards of regional library, archives and history organizations. 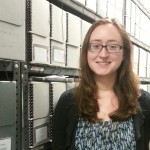 Alyse Hennig serves as the Assistant Archivist at St. John’s University, with a focus on building digital collections. She has a masters degree in library science, an advanced certificate in archival studies, and is currently working on a masters in public history. Alyse also works on local history, genealogy, and digital humanities projects.

Alexa Cohen was born and raised in Savannah, Georgia. After graduating from the Savannah College of Art and Design (SCAD) she moved to New York City to pursue a career in design–with a passion for everything from animation and editing to food styling and photography.